Posted on February 17, 2017 by Antonio Vantaggiato 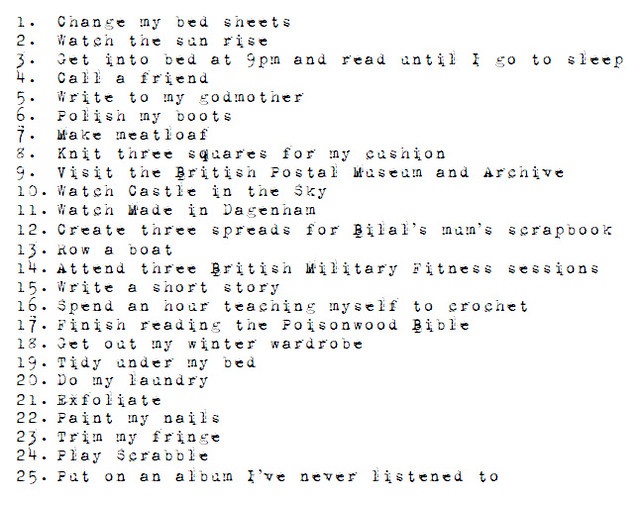 Umberto Eco once wrote that we like lists because they somehow glimpse at immortality. He also wrote The Infinity of Lists: An Illustrated Essay, to pursue this point.

Check this interview from Spiegel: ‘We Like Lists Because We Don’t Want to Die‘

The list is the origin of culture. It’s part of the history of art and literature. What does culture want? To make infinity comprehensible. It also wants to create order — not always, but often. And how, as a human being, does one face infinity? How does one attempt to grasp the incomprehensible? Through lists, through catalogs, through collections in museums and through encyclopedias and dictionaries.

Woody Allen was not shy about them. In a highly amusing parody of literary criticism he wrote a review of (invented character) Metterling Laundry Lists (New Yorker, May 10, 1969). Look:

serves as a perfect, near-total introduction to this troubled genius, known to his contemporaries as the “Prague Weirdo.” The list was dashed off while Metterling was writing Confessions of a Monstrous Cheese, that work of stunning philosophical import in which he proved not only that Kant was wrong about the universe but that he never picked up a check.

I love lists in fact. One example is the tab I have earmarked in my browser from The Guardian’s Best Culture 2016. Common to see by a year’s end, best-of lists are everywhere in the media, but this is particularly impressive and worth the inspiration it gives: from films to novels to noirs to philosophy and history.

But one other fancy lists I found recently is One Grand’s . This is a bookstore (in Narrowsburg, NY): “Everything that Amazon is not – [a] modern, yet intimate, 550-square-foot space perched above the Delaware River, with a beautiful view of the water..” wrote The New York Times.

Screenshot of René Redzepi’s booklist from One Grand.

Or, you may find that Eric Ripert (another chef) remembers the great poet Jacques Prevert’s Paroles (which prompted me to write the last post in this blog.

You don’ t really care of what Bill Gates recommends, but you find Tilda Swinton.

I ended up making a useful list for myself—I mean, one beyond the tens of lists I already make with Evernote and Instapaper (and diigo): 2016__films. It was great to keep track of the movies I watched (at a cinema), because the less good ones tend to evaporate from memory. So now I’m doing a new list for 2017__films.

Professor, web2.0 enthusiast, and didactic chef.
View all posts by Antonio Vantaggiato →
This entry was posted in abierto, abismos and tagged lists. Bookmark the permalink.

1 Response to Lists for all