Posted on January 31, 2018 by Antonio Vantaggiato

In which a story is told about the routes a postcard took.

Said postcard, of a kangaroo, was first received in San Juan, Puerto Rico, December 2017. Huge jump did it take, first from Australia, east coast, to Strawberry. Arizona, where a certain Alan Levine aka CodDog realized he had forgotten to mail it. So he did and it eventually reached my students and me.

However, I was about to take flight to California to visit my daughter in Berkeley. And I decided–on a flash– to bring it with me and have it travel a little more.

Here I am pondering in front of San Francisco Bay at the Imbarcadero. 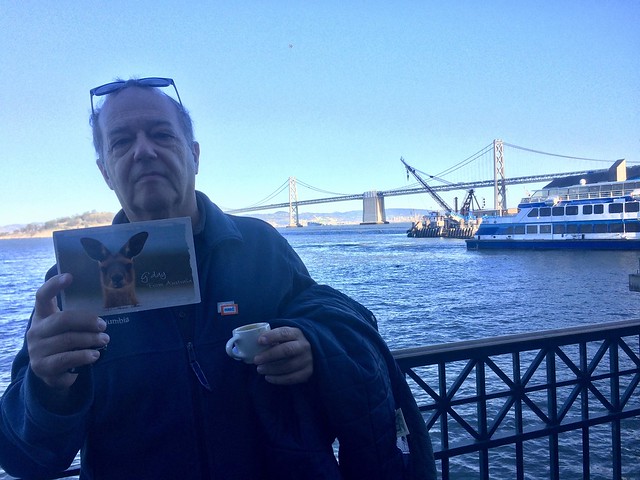 Then, I took it on a stroll. 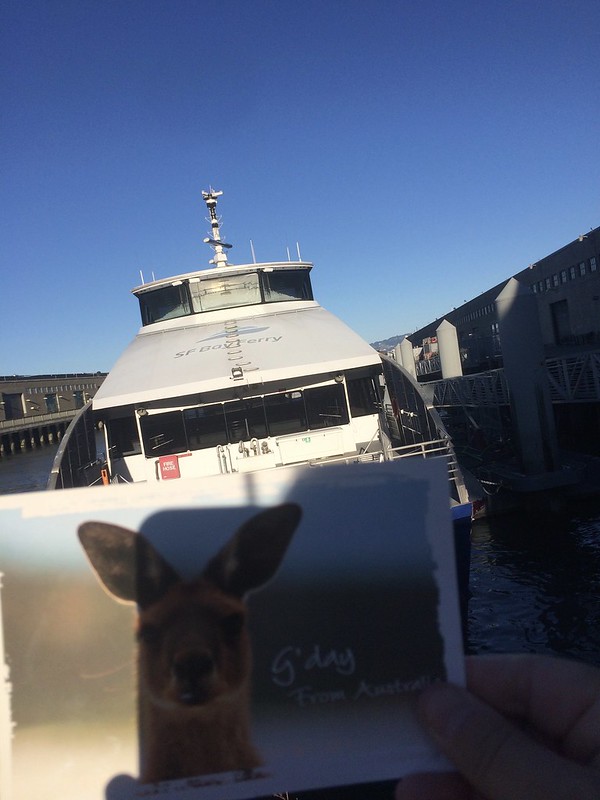 Nice jetset for a kangaroo, eh?

I love this postcard selfie, don’t I. 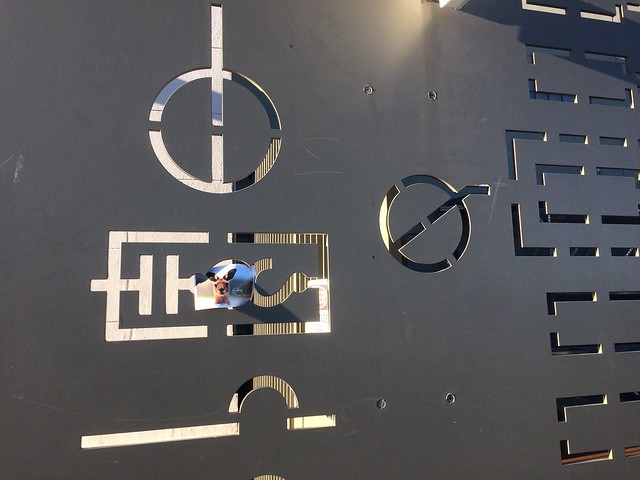 And this one too. 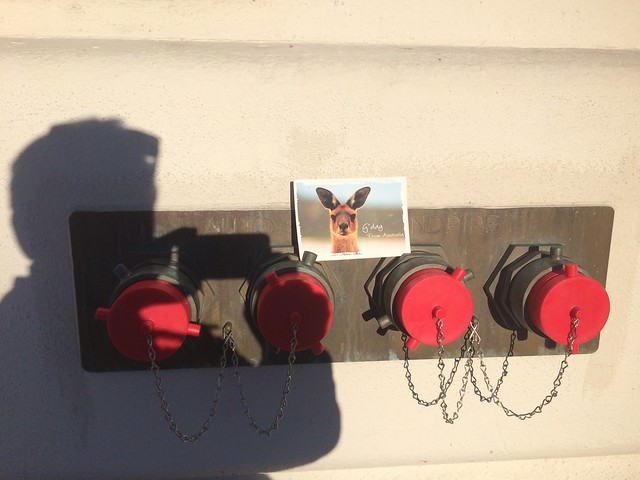 And so on and so forth.

Some do not like posting stuff late, after the fact. Me neither, but this is worth it. BTW, go check the San Francisco shots I did while accompanying the postcard across the city and in Berkeley: the gallery is here.

[All images by moi meme, except the postcards, of course, which were nevertheless carefully photographed also by me. All is CC licensed. Use.]