The hard Puerto Rican winter, a Podcast, the Web’s alchemy and some Italian Cinema

Posted on January 29, 2019 by Antonio Vantaggiato

A new year is on and my new semester has already begun. Actually, I have already two posts to show for 2019. My school-is-finished laziness comes after many classes and seminars and meetings around the semester, plus a lot that I demand of myself, like writing, keeping track of things, publishing, and so on. Well, this winter –brrr, the hard Puerto Rican winter has arrived– I have felt a lot more like letting go of everything, except of course, being with my two daughters (actually, taxiing them all around!) and Hilda at home. Making pizza was a great threshold passed. I always suffered the make-pizza-with-recipe-at-hand syndrome, and I always felt like I wasn’t up to the task. I let go and began feeling the flour and water, and kneading and everything. I got actually a couple of good white pizze bianche with just rosemary and oil.

Welcome 2019: I want to take this space now to talk about two things, one from the recent past of 2018 and another from a few days ago. I’m referring to

The second item goes first, because Alan surprised me (as he often does) with his post of the latest episode (#8, Baby, It’s Cold!) While I was meditating in the warm and cozy San Juan area, he was (in t-shirt) composing the most creative and generous compilation of the things we talked about in the episode. Previously, he had found and set up an AWS space to host the episodes, a WordPress plugin to post each episode natively in WP generating an RSS feed and then he accommodated everything under the roof he set as prconnection.cogdog.casa. Love how he acquires internet domains and makes of them his own home. Digital identity, anyone?

Alan wrote at length about my keynote of November 30th, and he managed kindly to publish the presentation before I did it myself (which is–hmm not yet!) Well, I felt so grateful and he did it so elegantly. Look at his elaboration of Sagrado’s main building under the polar cold striking my office there! Wunderbar! 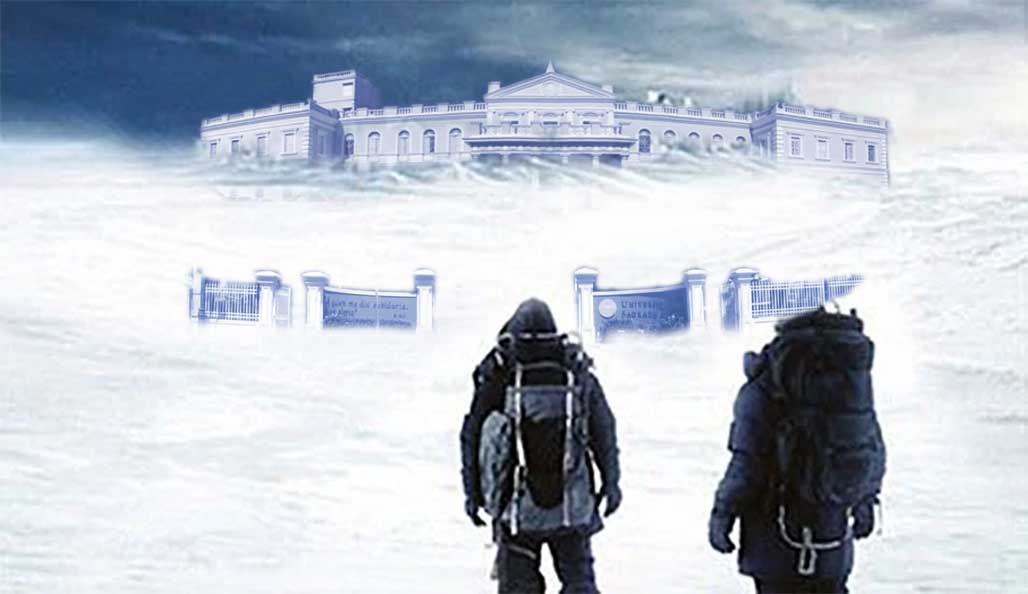 [Image by Alan Levine @cogdog. Elaboration: “a cover image from the The Day After Tomorrow with images of the classic building at Universidad Sagrado Corázon and the campus gates found on their YouTube Channel.”]

Now, check his t-shirt, like he wasn’t living in the freezing North!

While @avunque is bundled up in parka down in San Juan, Puerto Rico, in this mornings podcast recording with him from home in Mortlach, Saskatchewan, I was warm in t-shirt with snow out the window. Next episode to be published at https://prconnection.cogdog.casa

And also, notice the symbolic nuanced quasi-Cartesian motto on his shirt,

pointing to his and my own interest for open Web annotations (and the best tool to do and share that, Hypothes.is). Well, this reminds me a dear friend who, changed the original refrain by Descartes into Cogito, Ergo Zoom.

How great it was to share with Alan the moment when we discovered the Web, and raised our eys from Gopher up to Mosaic. I felt a new world upon me, I was ecstatic (without the drug), and it was 1991-92 and I know his experience exactly matched mine. He wrote…

Discovering the NCSA;s Beginners Guide To HTML (which sadly you cannot even find from NCSA anymore, try http://obswww.unige.ch/~blecha/doc/primer.html) launched me on the path I am still on.

Which reminds me of all the legacy sites and documents developed over decades which now are lost or –sometimes– rescued at the Internet Archive.

the legal document in April 1993 when CERN put the web technologies in the public domain, “a mind blowing moment in internet history” at the same time when the US released the internet IP protocols into the public domain. 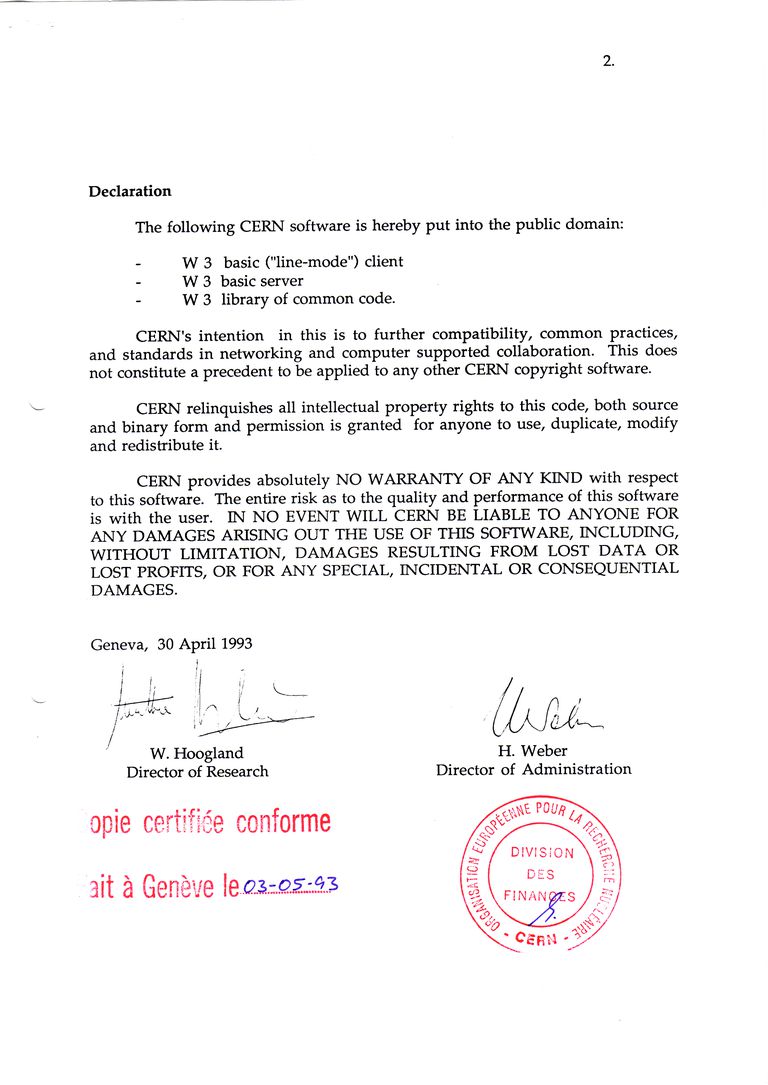 BTW, he researched and joined the two events together, IP and Web techs, and the date of the two being released in the public domain is the same!! I say often to my students: No way corporate entities would ever do this, and the Web and IP protocols were the effect of public expenditures, in America and Europe. Amen. And this brings me to the magic the Web creates and shares, if one embraces it. That’s the wondrous alchemy, so much in decadence in these times and which we ought to defend and protect like Sir Lancelot and his Knights did with the Grail. Or like Alan is doing with his digital alchemy course project named Arganee World (suggestively housed at arganee.world and the Alchemy Lab, where

the twitter bots our NetNarr students created in 2017 that are still chattering away. 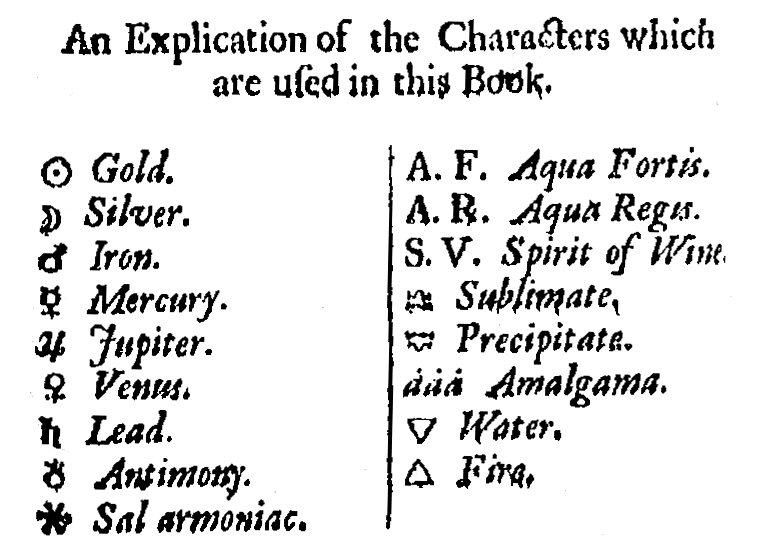 No doubt our latest was a great episode and a great conversation. I do invite all to go and listen to the full podcast, at The Puerto Rico Connection: Episode 8: Baby, It’s Cold!

Of course, I will write about the keynote itself, which I enjoyed so much at UPR Aguadilla and about it I only have to say I’m sorry not to post it sooner. My mom would say, please don’t shed any crocodile’s tears.

The second thing I’d love to write here, now, is about my Italian culture and cinema course that so pleasure has given me (and my students, excuse the modesty).

I set up a little hub for this, and instead of syndication, I opened an account for each of the students (some 15, not too many). The hub is at cineitalia.netedu.info, and you can see how much fun I had when setting it up.

The beauty though, comes from all the small pieces loosely joined the students produced: presentation-reviews of each movie, plus GIF’s. The GIF showcases as the perfect medium for this sort of endeavor, where you want students to feel inspired and express their impression from a film. Well, here they are, a little  from each movie. But first, one note: Many watched a foreign-language feature for the first time and all they were very impressed and happy with that!! Awesome for me, who had not anticipated this kind of effect beforehand. Some comments were also quite exceptional. I’ll never forget the guy who said to me, after watching, Rome Open City: “This is the saddest film I have ever seen”. True, definitively, for many, including me. Also, it gives a real sense of what a military occupation actually feels like, which comes as an added bonus for these times.

L’Avventura is probably my favorite of the series, if you ask.

And a few others. It was an amazing experience, both because it was completely new to me and I felt like giving a tribute to my beloved cinema. We talked a lot about Italy and her food, geography, the cities and places to go to, the particular features of the culture, arts, and idiosyncrasies. Go see the site to enjoy all the rest the students produced!

I enjoyed so much sharing these films with my students, that I will repeat the course in August.

1 Response to The hard Puerto Rican winter, a Podcast, the Web’s alchemy and some Italian Cinema