Posted on February 13, 2016 by Antonio Vantaggiato

danah boyd‘s piece It’s not Cyberspace anymore resonates strongly. I feel what she wrote, and the short article will be material for my class of New Media inf115, which has a subtitle of Reclaiming the Web.

This week EFF members celebrate @JPBarlow‘s A Declaration of the Independence of Cyberspace. https://t.co/VI4TWiTLk5 pic.twitter.com/sdnAK8z7MP

Surely it feels today as John Perry Barlow was part of one of the Indignados movements, as he wrote “A Declaration of the Independence of Cyberspace”. As boyd writes, in our world, so-called world leaders are occupied within such clubs as the World Economic Forum to propagate truths about economics and crises and of course, the ever present and imminent danger of AI. 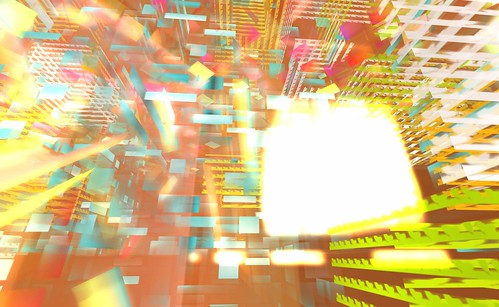 And as a hard rain falling, danah closes with this blow:

We built the Internet hoping that the world would come. The world did, but the dream that drove so many of us in the early days isn’t the dream of those who are shaping the Internet today. Now what? </rant>

Now what? Our world is becoming a Disney world closed within itself. Luckily it is widely big and diverse, but the World Wide Web for many is all but wide, and in higher education it is becoming a prisoner of the ideology du jour. In our spot within and without my blog and class, I still believe in the magic and we try and involve people with magic, every day. Is it enough?