Closing that internet up in some way.

Posted on December 6, 2016 by Antonio Vantaggiato

Wait a minute: Closing that internet up in some way? That [annoying] internet? 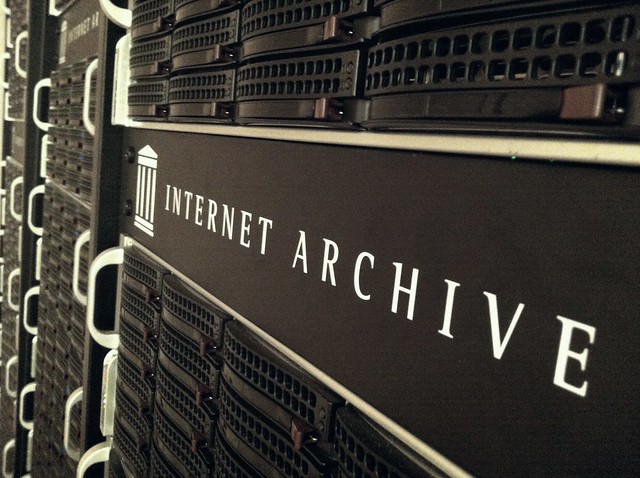 Paleofuture published this: Anticipating the Worst From Trump, the Internet Archive Is Building a Backup in Canada.

We’re losing a lot of people because of the internet,” Trump said in a speech last year, referring to ISIS recruitment. “We have to see Bill Gates and a lot of different people that really understand what’s happening. We have to talk to them about, maybe in certain areas, closing that internet up in some way.

Yes, that will be the position of one powerful authority figure. And that is somehow the attitude a lot of people seem to have (with the complicit participation of the mainstream media) with the Internet and the Web (for all effects the two–though different things– are confounded every day). People are afraid of losing privacy, of being too distracted, of losing intimacy, of being exposed to fake stories and news, of being constantly under observation, by governments and corporations alike. The Big Data phenomenon is alarming because we all are but data providers who benefit big “content” companies in exchange of… well, the Web. And the same big companies are starting to charge, especially in universities. What is going to happen to Tim Berners-Lee’s idea of the Web? The open Web? I think we have somehow to defend it. I feel worried that the ideal that myself and my generation grew with may degenerate. But still, hey, it’s the same Web. The Web where one can produce, write, publish, compose, exchange and communicate and have plain old serendipitous fun.

On the other hand, “at EU level there is in Bruxelles a very strong battle on linking,” which is considered, by the powerful “content” industry, a violation of copyright. From:   Embedding isn’t copyright infringement, says Italian court, ArsTechnica UK, 12/5/2016.

There’s a lot to fear for in the times that are approaching. The Internet and the Web are not by any means the free, open spaces they were in the 90’s and the early 2000’s. The Web 2.0 is still there, and powerfully affording speech privileges to all. Already newspapers and media abdicated the power of links on their online articles. Then Facebook has no use of them. Now, some want to limit the Internet. Well, in some countries that’s what they have already done. Closing that internet in some way.

BTW: Glory to the Internet Archive! Beware, thou who publish on Facebook or other walled garden. If and when it is gone, your work will be too. Poof. Compare that with websites from the ol’ times which are still there in the open, at least in the Archive.