Ma come fanno i marinai — How do sailors do

How do sailors do? 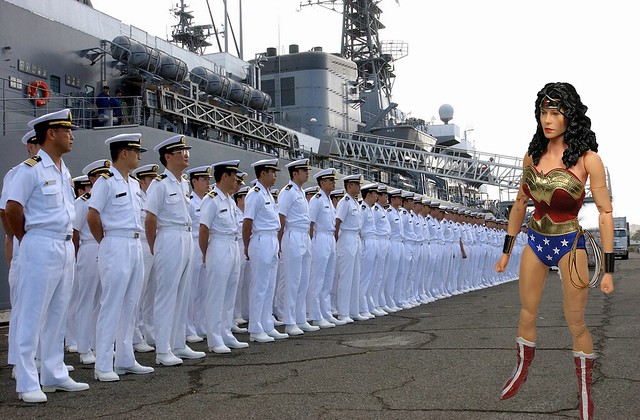 US Military Advisory Trip Opens in Tokyo flickr photo by cogdogblog shared under a Creative Commons (BY) license.

That is the title of a famous song in Italy, from the duo Lucio Dalla-Francesco De Gregori. I remember them playing the song on TV when I was some 16 years old. Mind you, Dalla & De Gregori (the former died a couple years ago) are two songwriters and singers of extraordinary im pact. But what’s the point of this remembrance? Well, the song is an ironic reflection on some common-lieu on sailors:

How do sailors manage kissing each other
and stay real men…

But why am I talking about sailors? Because Maha Bali wrote about a “strange” saying in Egypt that has to do with sailors (Lines Not Drawn – and Invitations of Sailors #digciz):

… “invitation of sailors”, which means you invite someone, or offer them something, but you don’t really mean it, or it’s something they can’t really accept.

After which Alan Levine wrote about related expressions meant to attribute Names for Other People:

“Indian giver” is an American pejorative expression, used to describe a person who gives a “gift” and later wants it back, or who expects something of equivalent worth in return for the item.

Or names given to black, gay or other people, more or less each coming out of some prejudice.

So I remembered that in Italian we have an expression which is very similar to the Egyptian one:

meaning Sailor’s Promise, with a very close meaning: A sailor’s promise is a promise which you can’t count on. The rationale of such an expression is the same Maha gives:

Because imagine a sailor, already at sea and you can’t reach them physically, holding out their meal and offering that you share it. Yeah. They don’t REALLY mean it.

So be it. However, another such expression came to my mind, and this one racist, but I guess it’s still used (disclaimer: I do love, love Turkey!):

which means “to smoke a lot” and likely originates from the custom of using a Narghile or hookah to smoke tobacco in the Middle East, a practice still very popular, I guess.

I don’t even dare open the book of expressions on Italians, do I?

OK, now here is the song, enjoy! [Lyrics here and, in English here.]

Professor, web2.0 enthusiast, and didactic chef.
View all posts by Antonio Vantaggiato →
This entry was posted in stories and tagged idioms, languages, stereotypes. Bookmark the permalink.